Berlin Visitors: Don’t get caught by the STASI – why not visit them? 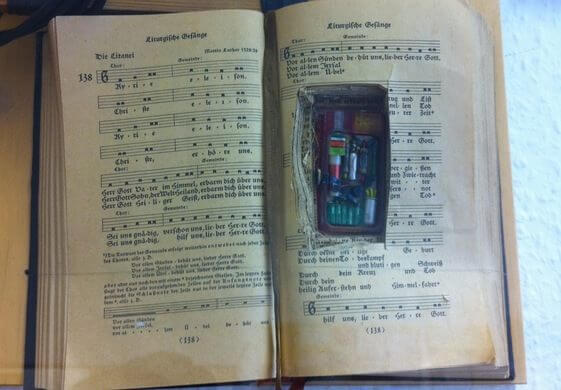 Don’t get caught by the Stasi. Fortunately, this is no longer a threat for visitors to the German Capital City Berlin.
STASI stands for Staats Sicher Heits Dienst or State Security Services. It was an organization in control of every citizen in the former DDR or the German Democratic Republic and feared for torture and more.

The Stasi was the GDR’s infamous secret police force. Considering itself the “shield and sword of the party” it ran a covert war against perceived enemies of the state. It was from this building that head of the Stasi, Erich Mielke, ran one of the most feared secret police forces the world has ever known.

It’s estimated that one out of every 10 East Germans worked as an informant for the Stasi, and the museum shows many of the bizarre ways the totalitarian regime used to spy on its citizens. Microphones were hidden inside church hymn books, wristwatches with wiretaps that ran up your sleeve, one of the most peculiar methods even involved the use of sniffer dogs. This latter method involved hiding cotton squares under seat cushions, then after the suspect left their seat, the cotton square was removed from the seat and placed in an airtight jar. Dogs could then be used to track that person based on the scent they left behind.

There is a special section of the museum, on the 3rd floor, dedicated to the Stasi technique of “Zersetzung” (corrosion)—the East German secret police method of dealing with problematic political dissidents by, for example, ruining their marriages, delivering pornographic material to their homes, and routinely deflating the tires on their bicycles. All in order to drive their victims to the end of their wits.

The museum also highlights the Orwellian brainwashing that took place at the school level; instead of cutout dolls with fashionable clothes, children of the GDR had cutout dolls with gas masks and AK-47s. Flashcards used to teach A, B, C’s featured lock picking, fingerprint taking, and camera surveillance.

Look out for the painting at the head of the conference room, depicting the construction of the Berlin Wall in 1961, produced by the same artist (the unfortunately named Dr Frankenstein) responsible for the series of abstract political images adorning the walls of the nearby Magdalenenstrasse U-Bahn.

Today the odd methods the Stasi used to employ, waver between the amusing and the downright strange. But for the common people living behind the Iron Curtain, they were a ruthless, all-seeing force, the mention of which would send shivers down spines.